The Hidden Peterloo Massacre Tableaux was an exhibition on the first-floor gallery of Manchester Central Library. It is the latest work by renowned artist and co-found of Rock Against Racism, Red Saunders. It forms part of ‘Hidden’ – Saunders’ ongoing photographic tableaux series, which seeks to shine a light on great moments in the long struggle of working people for democracy and social justice through reimagining those events as photographs.

In 2018 Red Saunders began casting people from Greater Manchester to take part in his large-scale photography project recreating scenes from the Peterloo Massacre.

The epic photographs were also projected on to the side of the Bridgewater Hall as the sun went down on the 200th anniversary events on the 16th August 2019.

You can see more images of the exhibition at Manchester Central Library here.

You can see more images of the outdoor projection here. 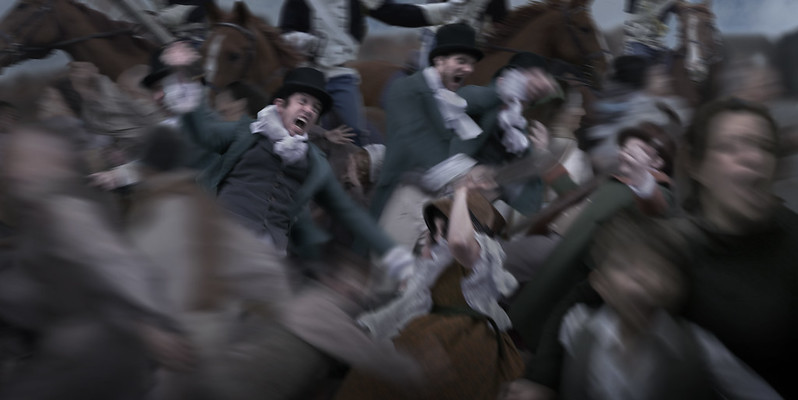 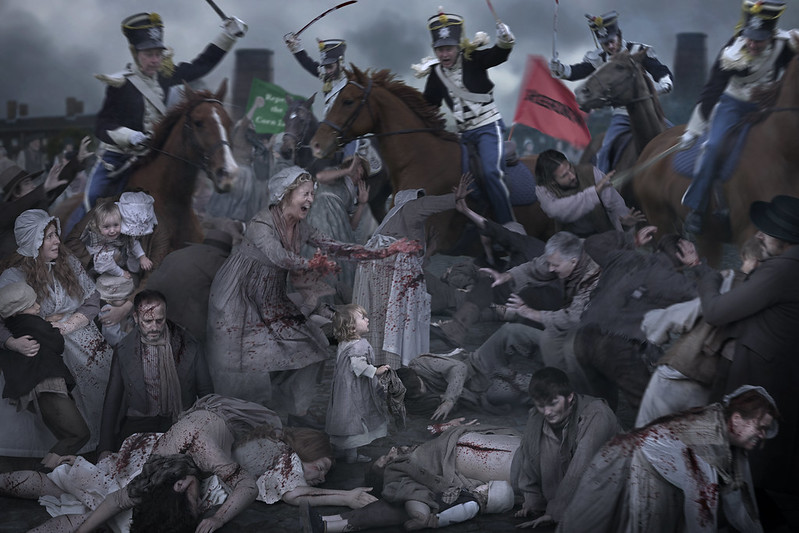 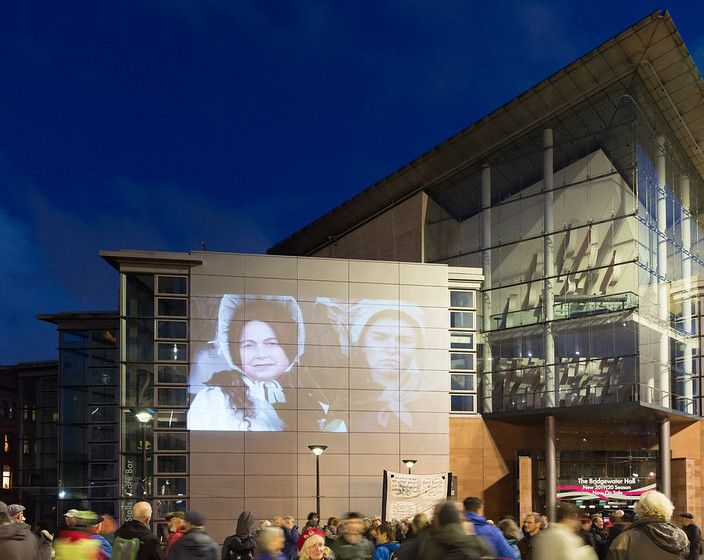 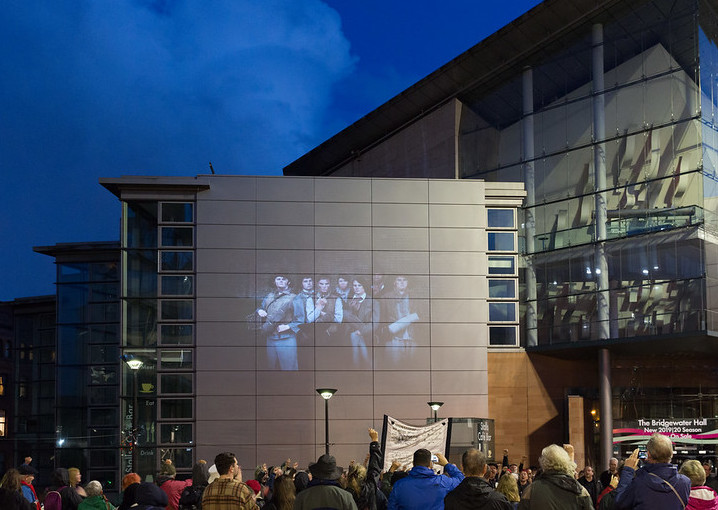 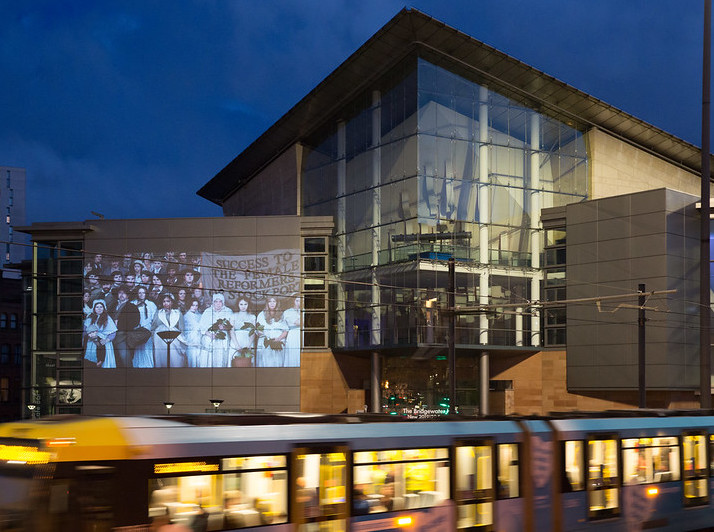