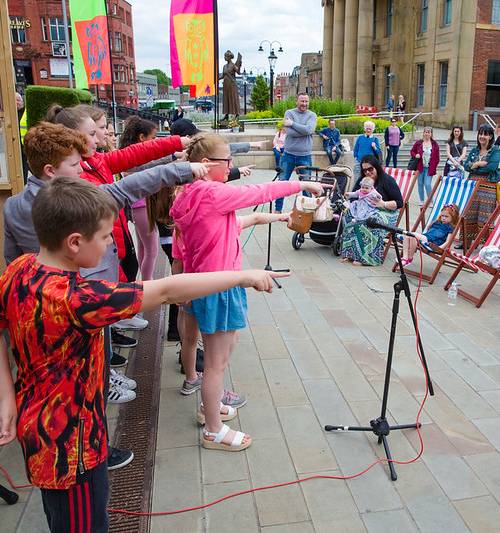 Following the success of this pilot, a more in-depth public engagement project with young people was delivered to encourage young people to have a voice and to explore the impact of the Peterloo Massacre.

Artists from Young Identity were commissioned to work with three youth groups in Oldham to produce new work for Soapbox.

Each group had the opportunity to meet historian Professor Robert Poole, explore digital archives and discuss the historical events of the Peterloo Massacre.

After an eight-week programme of engagement all the young people came together to perform on Soapbox at an outdoor event in Parliament Square Oldham.

Over 500 audience members watched local performers get up and have their say around the theme of the Peterloo 2019 programme.