In partnership with Guardian Live and the University of Manchester, Manchester Histories hosted a series of four discussions to mark the 200th anniversary of the Peterloo Massacre at Manchester Central Library.

Peterloo Now: The roots of protest in 2019

The panel of speakers, chaired by Jonathan Schofield, editor, writer and tour guide, included Lara Spirit, co-president of Our Future Our Choice; Dr Shola Mos-Shogbamimu, lawyer and women’s rights activist; Roger Hallam, co-founder of Extinction Rebellion and Dr Kevin Gillan from the University of Manchester. They debated whether the root causes of the Peterloo massacre are already playing out in 2019 Britain.

You can see more images from Peterloo Now: The roots of protest in 2019 here. 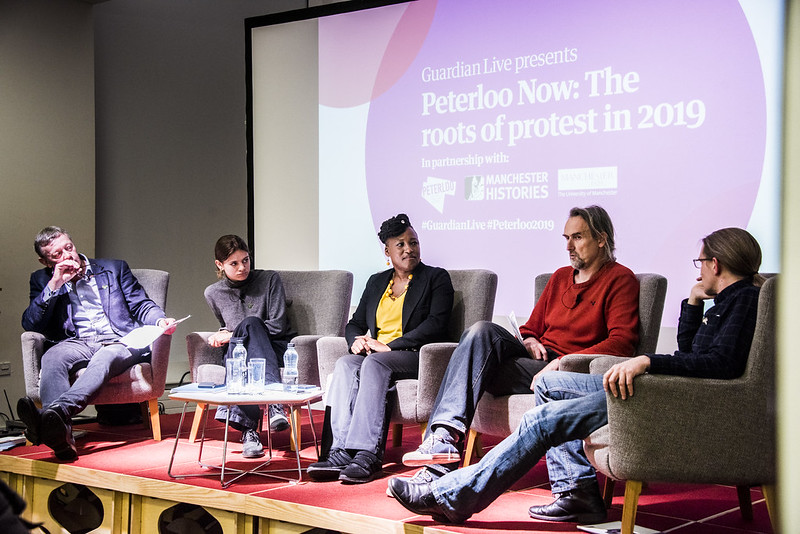 Peterloo Now: The gaps in representation

For this discussion the panel, chaired by Jonathan Schofield, editor, writer and tour guide, including author and speaker on girls’ rights Sufiya Ahmed; Professor Francesca Gains from the University of Manchester; Frances Jones, associate director of CLES;  Joanna Hunt, head of emotional health and wellbeing at The Children’s Society and Guardian columnist Gary Younge, discussed representation in politics.

You can see more images from Peterloo Now: The gaps in representation here. 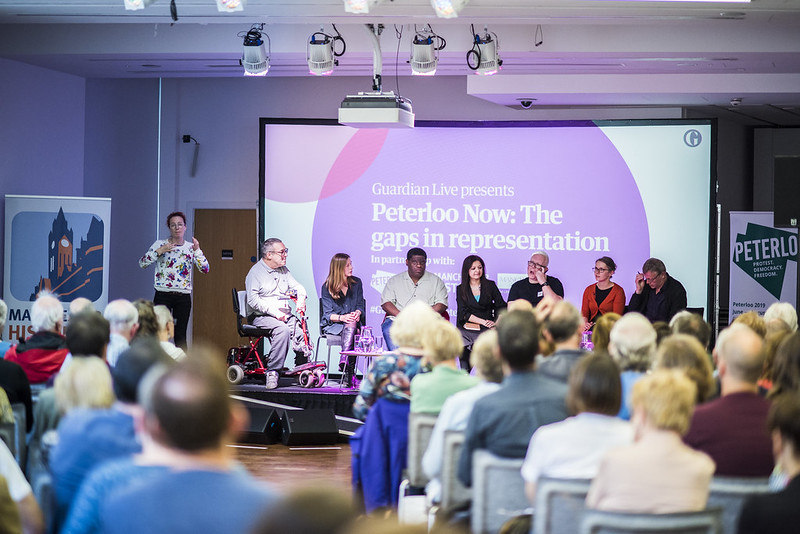 Speakers including Kate Bell, head of economics, rights and international at the Trade Unions Congress; Noel Sharkey, emeritus professor of Artificial Intelligence and Robotics at University of Sheffield; Olly Buston, founder of Future Advocacy; Professor Debra Howcroft from the University of Manchester; and Guardian science editor Ian Sample, discussed the fourth industrial revolution and asked whether the rise in artificial intelligence will lead to a new wave of social unrest.

You can see more images from Peterloo Now:  AI and the fourth industrial revolution. 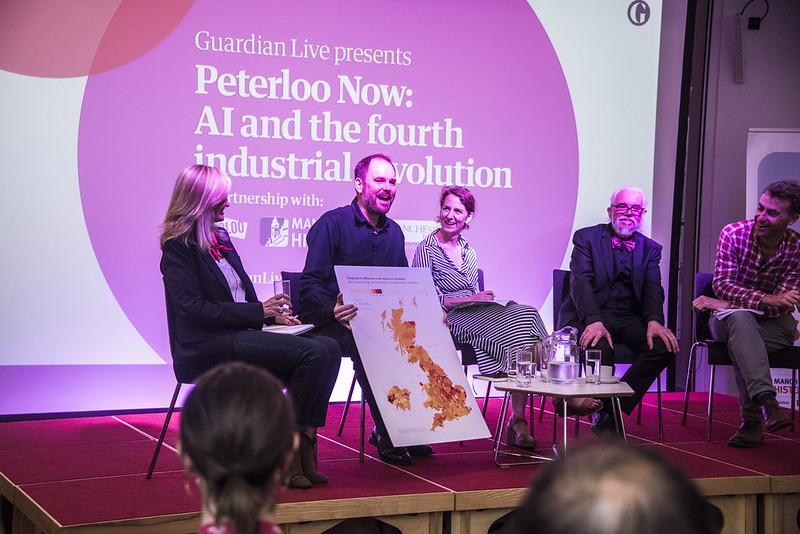 Peterloo Now: Is devolution the way to a healthier society?

Tuesday 2nd July 2019The panel chaired by Guardian northern editor Helen Pidd and including Professor Andy Westwood CEO of SharpFutures; Rose Marley; Neil McInroy from CLES and Lisa Nandy MP,  discussed the devolution of government and its impact on the future of our democracy.

You can see more images from Peterloo Now:  Is devolution the way to a healthier society? 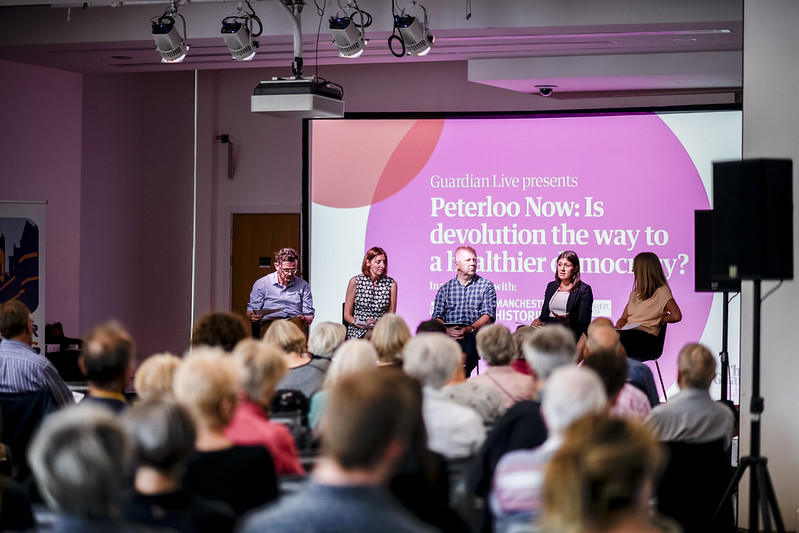 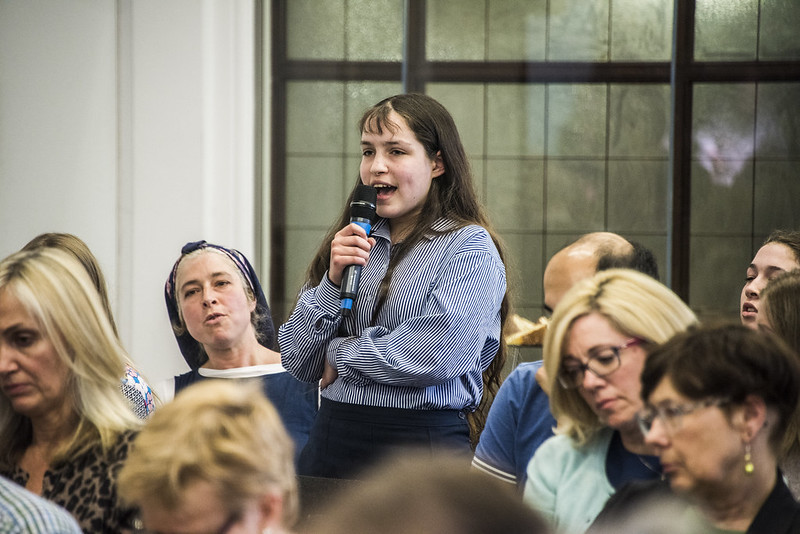 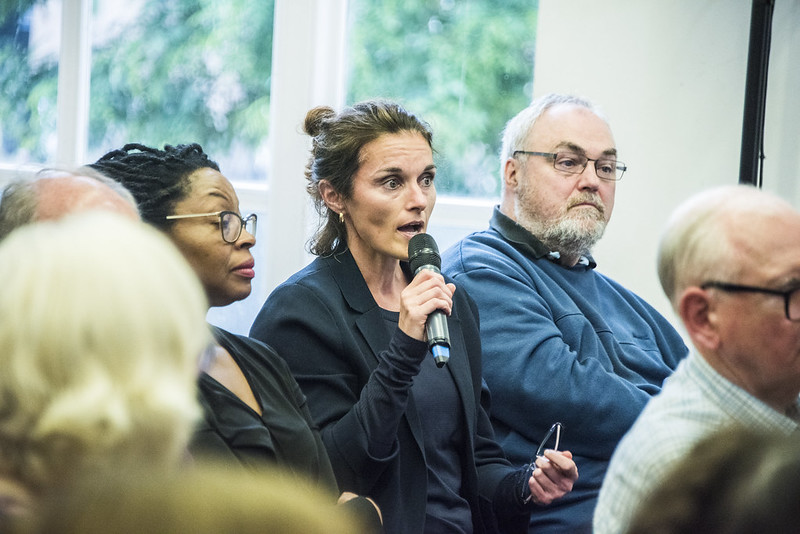 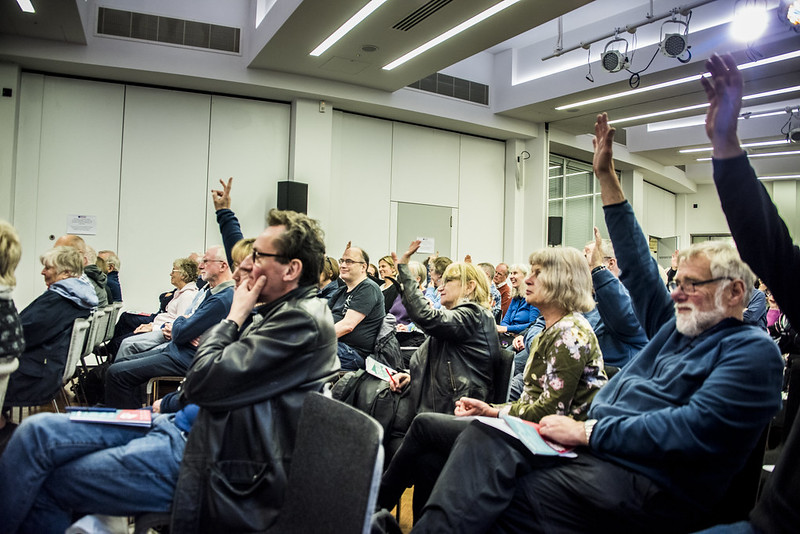 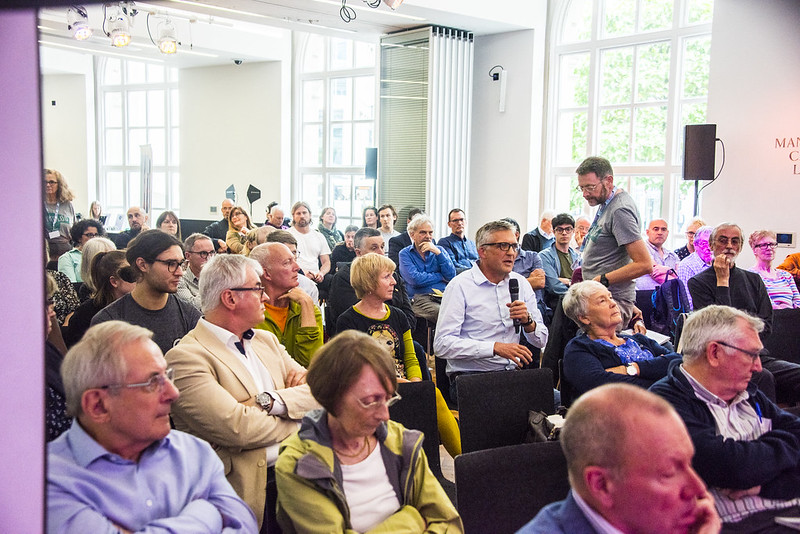