The Song of Peterloo: a Performance 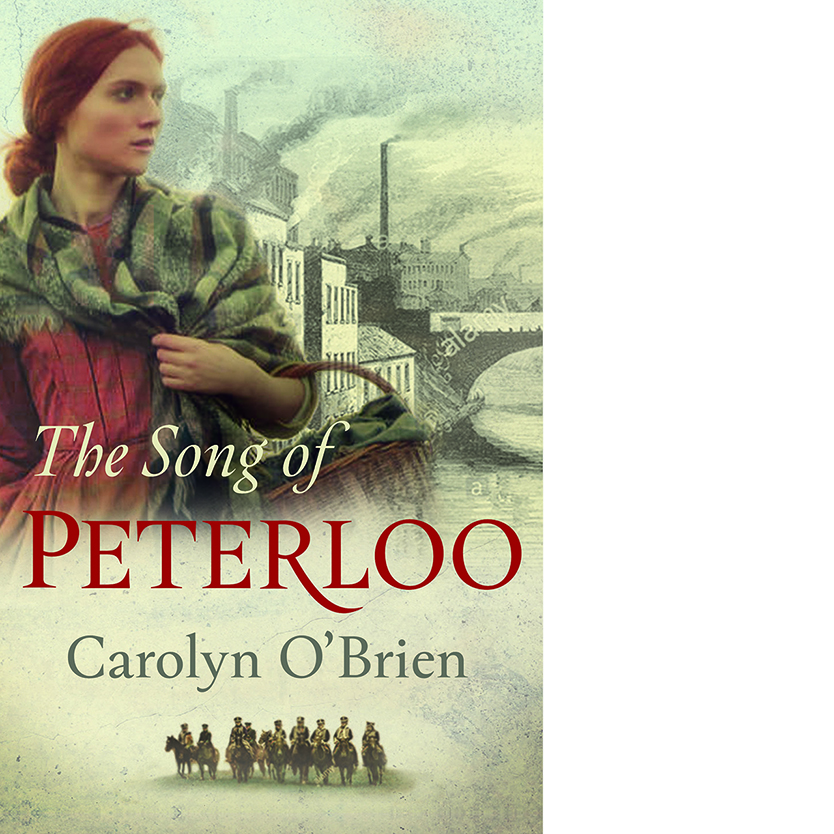 Carolyn O’Brien’s novel, The Song of Peterloo tells the powerful story of Manchester mill-worker, Nancy Kay. Desperate to provide for her ailing mother and sensitive son, Nancy is drawn into the agitation for reform. But as she risks everything to attend a great assembly on St Peter’s Field, Nancy is unaware the day will go down in history not as triumph, but as tragedy; the Peterloo massacre.

A result of a collaboration between Carolyn O’Brien and fellow Mancunians – composer, Shane Cullinan and soprano, Claire O’Brien – The Song of Peterloo: a Performance will combine readings from the novel with music from the time, together with newly-created work inspired by Nancy’s story and the brave reformers of 1819.

As the therapeutic power of music unites two of the novel’s central characters, the performers will be joined on piano by Brigitte Schwarting, a therapist from Nordoff Robbins, the national music therapy charity. The event is held in aid of this remarkable charity. Carolyn will be signing copies of the book after the performance.

Carolyn O’Brien was born and brought up in Manchester and studied English at St Catharine’s College, Cambridge before qualifying as a solicitor. Her short stories have appeared in a number of anthologies, magazines and on-line. The Song of Peterloo is her debut novel. It is published by Legend Press on 1 August 2019.

Shane Cullinan is a composer, arranger and lyricist whose work ranges from compositions for TV and film to orchestral dramas and operas. Recent projects include Lady Windermere’s Fan at the Vaudeville Theatre directed by Kathy Burke, The Pieta featuring actress Frances Barber and Claire O’Brien and his album The Violent Language of Portraits with vocalist David McAlmont and west-end star Rachel Tucker.

Claire O’Brien is an experienced choral singer and has toured internationally with the prestigious chamber choir The Joyful Company of Singers as well as pursuing a successful career as a soloist. She has enjoyed a long collaboration with Shane Cullinan and his orchestra Tonic Fold. Claire has set up and continues to run a number of children’s choirs called Little Belters across the Manchester area.