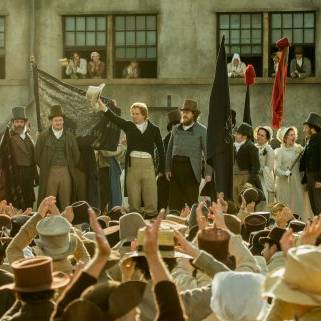 Join us for relaxed screenings of the Peterloo Film every month from June – August.

The Peterloo Massacre was a defining moment in British democracy which also played a significant role in the founding of The Guardian newspaper. Written and directed by Mike Leigh, Peterloo is an epic portrayal of the events surrounding the 1819 Peterloo Massacre, where a peaceful pro-democracy rally at St Peter’s Field in Manchester turned into one of the bloodiest and most notorious episodes in British history. Each month we’ll be screening Mike Leigh’s Peterloo to mark 200 years since this watershed moment.