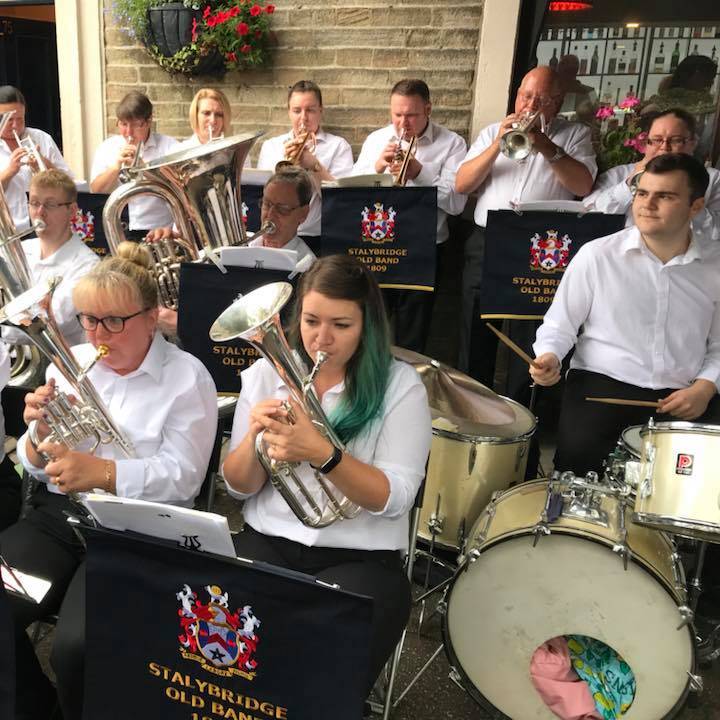 A performance by the Stalybridge Brass Band, the oldest Brass Band in the World, commemorating the bicentenary of Peterloo.

During the evening the music played on 16 August 1819 at Peterloo will be performed. This will follow with popular modern tunes that the whole family can enjoy.

On 16 August 1819 the band performed a Concert in Manchester at a meeting which had been organised by the Manchester Patriotic Union Society, a political group that agitated for radical parliamentary reform and the repeal of the corn laws. Stalybridge Band engaged a coach to Manchester at a fare of 3s there and back. On arriving Hunt exclaimed, “Gentlemen of Stalybridge Band, you will require refreshment.” The band then went to the Union Rooms in George Leigh Street, Ancoats, where they were duly regaled with something to drink. When John Cottrell rushed in and proclaimed disaster the band retreated with great energy and speed, through back streets, and down the canal, and all the band and their instruments arrived home safe. However they lost the 10s per man they should have received for the engagement and the ride home in the coach.